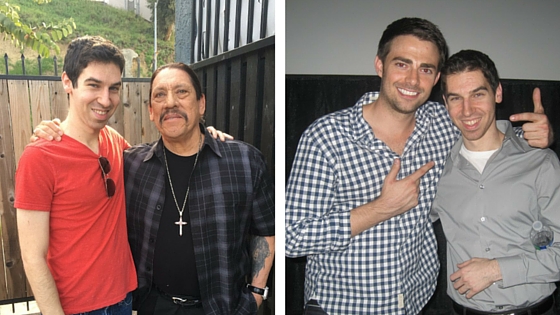 Intro from Screenwriting Staffing’s Founder, Jacob N. Stuart.
—
After writing in the film industry for nearly 10 years, spending over 3 years fielding producers/companies screenplay requests at Screenwriting Staffing, and organizing (& judging) dozens and dozens of film festivals across the country, I’ve come up with one concrete conclusion: if you want to break into this industry as a writer, you have to at least have one low-budget script in your arsenal.
—
The days of selling the SPEC for 7 figures is dead. Television has swept the industry by storm. Producers very rarely buy spec scripts that require a budget in the millions. The chances of making money on those films are slim. They are seeking projects that feature a small cast (10 or under), one to two interior locations (house, coffee shop, warehouse, etc), with little to no CGI or SPFX. The traditional distribution model  has been under serious threat in recent years. So industry pros, especially in the indie world, are scrambling around, looking for ways to make a profit on their films. As a screenwriter, this is where you come in! Your job is to put the producer at ease, providing him/her with a powerful story that can easily be made on a shoe-string budget. Low-budget films are solely judged based off their story. When you don’t have a budget for a big-time director, an A-list actor, chase scenes, martial arts sequences, and crazy animation, the only thing you can truly market is a life-changing, original story.

Without a compelling story, you truly have nothing else to leverage when making low-budget projects.

So I caught up with my talented writer/director friend Michael Matteo Rossi, who’s best known for  Misogynist, Sable, & The Last Wish. Michael is no stranger when it comes to writing/directing (and even producing) indie films, with a limited cast and location count. What sets him apart from other indie filmmakers is his distinct execution when writing/filming. He makes films for 5 figures look like they are being made for 6 figures (even 7 figures!).
—
Michael has won multiple awards in recognized film festivals, such as CineVegas, Los Angeles Movie Awards, Columbia Gorge, Riverside, LA International Underground, and many more. He was recently put on a poll with Lena Dunham and Ryan Coogler of “Top Directors Under 30 to Watch”. He is the President of Italian Cowboy Productions.
—
SCREENWRITING STAFFING: Michael, it’s no secret that while more films than ever before are being peddled and made across the globe, that the number of SPEC scripts being purchased is at an all time low. And the ones that are being bought are typically from well-established writers, with Oscar-worthy credits. What are your thoughts on this, and what advice would you give to a writer trying to sell their first script? [January — March 2016 Spec Market Scorecard, The Scoggins Report]
—
Michael Matteo Rossi: It’s always difficult being the underdog and competing with the studios and established writers. I would say to a writer starting out to first of all, ALWAYS keep writing every single day. It’s like practicing anything, you have to continue to flex that muscle and work at it daily to improve and get better. I would say have reasonable aspirations and networking with people and you’d be surprised the people out there that are looking for great scripts (shorts or features) and being able to link on to the legit ones to make something great.
—
SCREENWRITING STAFFING: You have an interesting and unique perspective that most writers don’t have. You are also a director/producer, who sees first hand the hurdles and roadblocks that come with making a film (regardless of budget). Tell us about that, and why this industry is so drawn to the micro-budget feature script these days?
—
Michael Matteo Rossi: People are automatically drawn by the low overhead of doing something very low budget to hopefully yield a much greater profit. There is, of course, the notion that it is less of a risk as well. Some companies will also divide up a budget into even small chunks to say do 4 films for 50K instead of one film for 200K just in case one flops, they would have 3 others that hopefully do better. It’s a numbers game, pure and simple.
SCREENWRITING STAFFING: Recently, you and I spoke about agents. And while we both have one, we agreed that it’s up to us to generate our own opportunities (and no one else), and it’s all about who hustles the most. Can you tell our readers where and how to find these leads? [Visit Screenwriting Staffing’s Job/Script Search Board]
—
Michael Matteo Rossi: The simple fact is if you don’t have hustle and drive in yourself, even the most talented agent will be of no use to you. It’s cliche, but they simply can open doors and opportunities for you, but you have to sell yourself and the rest.

People invest in character as much as they do in material.

There is no one answer to where the opportunities are; but one thing that you can control is how you leave impressions on people in the industry. I’m a firm believer that things have a way of piecing together and meeting the right people; you just have to be ready for it!
SCREENWRITING STAFFING: In your own opinion, if a writer wants to write a low-budget project, what genre would you suggest they consider and why?
—
Michael Matteo Rossi: The simple answer would be HORROR. Horror can be done cheap and has a built-in audience that will always flock to them. My suggestion is to do a niche horror film since horror has become insanely oversaturated so trying something edgy or with twists nobody sees coming is a good start. [Want to write a HORROR screenplay? READ HERE]
—
SCREENWRITING STAFFING: What do well-received, properly-executed low-budget films have in common?
—
Michael Matteo Rossi: Great STORY, ACTING, and MARKETING. You have to understand that one of the reasons The Blair Witch Project did so well was the marketing of it in turn resulted in amazing word of mouth. People questioned whether it was real or not and the most important thing is that people were talking about it and that’s what you want.

The worst thing a film can have is actually not bad reviews; it’s indifference.

When critics and audience alike just don’t care about your film, that’s worse than them hating it, because at least with hating it you are striking some strong emotion in them to invest their time thinking about it.
SCREENWRITING STAFFING: Michael, you and I have spoke in-depth about approaching low-budget scripts. We both agreed that we are so accustomed to writing shoe-string movies, that it’s now second nature. But for those who only write larger budget films, but are looking to scale down, what advice can you give them when approaching their first draft?
—
Michael Matteo Rossi: Keep it contained location and actor wise. Location is one of the biggest things that can eat up budgets (with permits, etc) and keeping it interior is always a helpful tip as well. [A LIST OF ONE LOCATION FILMS]
—
SCREENWRITING STAFFING: While we both agree that low-budget movies are a great way to breaking in, what risks come with being tied down in the low-budget market for too long (for writers, directors, actors, etc.)?
—
Michael Matteo Rossi: That you become type cast as just the guy/gal who does indie stuff and can’t break through that class ceiling.

The perfect situation is doing a hit indie film that propels you to the next level and gets you a crack at studio films.

You don’t want to be stuck in indies forever; but at the same time there are indie films whose stories are much better, more original etc than anything the Hollywood Megasystem can put out! So yes, always support indie film!

Need help writing a Query Letter for your Low-Budget Script? CLICK HERE, WE CAN HELP!

If you are NOT a FREE member with Screenwriting Staffing, SIGN UP TODAY!

iThere are no comments

Begin typing your search above and press return to search. Press Esc to cancel.